What I Used To Secretly Read Between The Bedcovers

Even though I now consider Japan home after being here since 1994, I still miss just passing time in English language bookshops. Naturally, during our recent trip back to N.Ireland I was in seventh heaven whenever a chance arose to do just that.

Browsing the magazine section I came across a real blast from my past - see the front cover of Miniature Wargames magazine below. 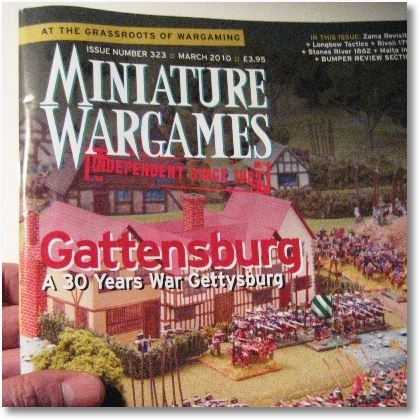 Leafing through the pages reminded me warmly of the hobby I fell in love with more than thirty-five years ago; playing with toy soldiers aka miniature or figures wargaming.

Back in the early 70s I recall borrowing Donald Featherstone’s now classic books on solo wargaming, American Civil Wargaming, and Napoleonic wargaming. In fact, so besotted was I with his writings, that I had these out in rotation much to the librarian’s amazement.

However, being a very busy teenager at school with sports and studies, meant that time for hobby reading was limited. And in those days, with no Internet to distract, my parents had a 9pm lights out policy during the week.

Where there’s a will, there’s a way. Therefore, unknown to the adults downstairs, I found that light cast from the hallway was sufficient to read Mr. Featherstone’s books from my bedroom. Should someone come up to check on the supposedly sleeping children, I was able to slip my book under the covers, and then turn on a small flashlight once the coast was clear!

Ah, the guilty pleasures of reading about Blue vs Gray table top encounters or of 15mm versions of Wellington’s famous infantry squares fighting off heroic charges by French Hussars.

(A word to the curious: note that, for me, this hobby was a form of play, not a means to safely simulate and glory in the bloody horrors and chaos of real warfare.)

Of course, time passed, I grew up and somewhat sadly put away my toy soldiers (I was mostly a solo wargamer) but did retain a strong interest in military history and a loose attachment to board wargaming (which used cardboard maps and counters, instead of model soldiers.)

Standing in that Belfast bookshop, for a few minutes I relived many of those childhood memories while a part of me felt real sadness that I didn’t become a lifelong hobby wargamer.

Still, it’s never too late to take up a hobby again, even if a busy life and limited space to store toy soldier armies, conspire against a return to the contentment afforded by innocence.

Following in the spirit of my earlier post on making small moves, I think my next moves will be to subscribe to the magazine and maybe make an appearance at the West Tokyo Wargames monthly meeting (amazing what you can find on Google!)

That should be enough to tell me if my rediscovered interest is genuine or just a fond remembrance of things past. Either result is OK in my book.

Have you a hobby or interest long abandoned but worth taking a look at again?