The Trance, the Muse and the Manuscript 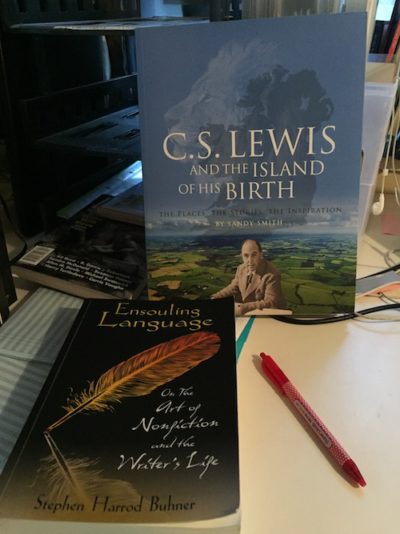 Any sufficiently advanced technology is indistinguishable from magic.

This Arthur C. Clarke quote is well known among science fiction aficionados. It’s said that some have been heard to chant it, mantra like, before switching off the bedside reading light and drifting away to la la land ;-).

I think his words are spot on for many readers of sub-genres where advanced technology is a de facto given in the story. The story demands nothing less; otherwise faster-than-light intergalactic travel, alien/human speech translation, generation starships etc. would require more than just that willing suspension of disbelief.

The root assumption in these tales must be of civilizations so far ahead of ours that their technology might as well be magic.

Of course, fiction is just that; er, fiction. Made up stories created by people who delight in telling lies! Some of them even do it for a living haha. And that’s fine. Readers enjoy the escapism and the backdrop of space as a vast theater to be explored, conquered, liberated, destroyed, saved etc. Basically, if it’s been done here on Earth, then some author has set similar in a galaxy far, far away.

Where science fiction treads more carefully is when the timeline comes much closer to the reader’s. For example, if the story features genetic engineering, cryptography, AI, and hardest of all, space travel, and is set within the next fifty years or so, then the author has to work hard to make sure the science does NOT come off as magic.

The science can be amazing, yes. But impossible? No.

That puts writers like me, with our secret love of time travel as a plot device, in some trouble. Sure, I could set a story in this modern era but the moment I posit time travel as a cause/effect link, the less likely it will be regarded as science fiction in the context of what modern physics has to say about time travel i.e. it’s most likely to be impossible.

But fear not. I have a cunning plan. What if the aforesaid time travel is not so much physical materialization in another spacetime event line (future or past) but more of a dimensional dreamlike travel? What if the current spacetime is not rock bed reality but in fact one of many mental landscapes that we interpret as real.

This is treacherous ground to tread on but I have been exploring the terrain and certain landmarks resonate with what I am thinking of writing upon. One of these is similar to the Narnian world created by C.S. Lewis in his famous series of childrens novels.

A few years ago I attended a trade reception sponsored by the British Embassy in Tokyo. Northern Ireland’s (NI) two top politicians at the time, Peter Robinson and Martin McGuinness, were also there to help increase Japanese awareness of NI’s attractiveness for inward business investment.

The event was held in a swanky hotel and we attendees got to hear some speeches, managed to mingle with the great and the good, and quaffed some UK taxpayer-funded food and drink.

Not a bad way to spend a Friday evening.

However, the highlight of the occasion for me was in the Goodies bag given to guests as they departed. We each got a beautiful copy of Sandy Smith’s book, C.S. Lewis And The Island Of His Birth.

Many people know C.S. Lewis as the Oxford don who penned the Narnia books, and as a Christian apologist. But few of my acquaintances are aware that he was born in Belfast and spent some of his formative years there. I gave the book only a cursory glance at the time but it’s now on my research radar for the time travel stories I am working on.

There are two books shown in the image associated with this post. One is the C.S. Lewis book by Sandy Smith.

The other is having a profound influence on how I see and feel about what we call the written word. Ensouling Language by Stephen Harrod Buhner is a powerful tome, and I am working my way through it with great care and a sense of wonder. More about this book another time.