The Crime of the Plastic Mariner 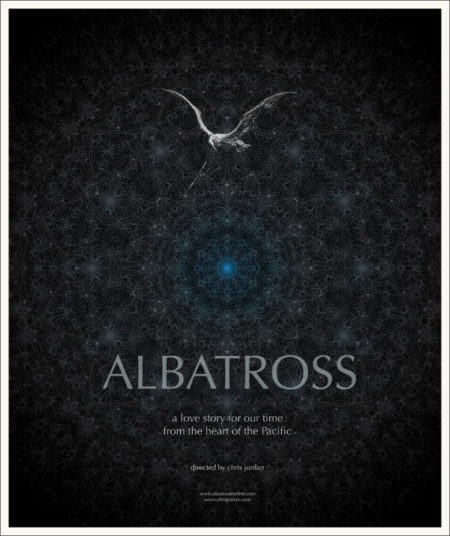 This is not an easy post to write because I didn’t expect to feel such strong emotions about the short lives and painful deaths of birds in far away places.

But here I am.

The birds are albatrosses, about which the little I knew came from Samuel Taylor Coleridge’s major poem, The Rime of the Ancient Mariner.

And till my ghastly tale is told,
This heart within me burns.

Their story first came to my attention in 2012 when I saw Chris Jordan’s photos of dead albatrosses opened up to show the plastic items in their stomachs they’d mistaken for food from the sea. Chris had been working on documenting the impact of plastic in the oceans since around 2008 and this work took him to the Pacific island atoll of Midway.

Those images appalled and depressed me but I found a glimmer of hope in his plans on a crowdfunding site to make a documentary about the albatrosses of Midway.

Years rolled by, news about the project was sparse, and to be quite honest I’d forgotten about Chris and his albatrosses until earlier this year when by chance I logged in to check on some other crowdfunding items and there it was. At long last the documentary was finished and ready for release.

However, having watched it last week, Albatross is much more than a nature documentary with an environmental message bolted on. Yes, those huge plastic islands sloshing around ocean gyres are a problem, an embarrassment, an obscenity to our fetish for the convenience of all things plastic, but it’s so far away as to be out of mind until someone like Chris creates a piece of art that pierces our indifference and apathy.

If you choose to watch this devotional masterpiece to the wonder of life and love on Earth, and I hope you do, then I recommend you do so in one viewing.

The film flows and jars and tangles emotions just like the plastic does inside so many of the unfortunate albatrosses, but not to all of them.

There’s also a great sense of how time itself may be experienced by these wonderful birds.

Life does go on and a fitting response to our unintended deception and pollution of the albatrosses relationship with the Pacific ocean as a bountiful food resource is to feel, really feel, the tension between grief for their suffering and love for nature and our place in it.

I don’t know what the solution to this problem will be.

Maybe science will have a role to play in the cleanup of the oceans. I sure hope so. But the needed change will have to go much deeper than just technological wizardry. How about 100,000,000 very pissed off people determined to change how and where and when we use petroleum-derived products such as plastics.

And my own small contribution? Well, it is very small at this present moment and surfaces in the form of disgust and amazement at how much disposable plastic I am going through on a daily basis. It really is pathetic. From this awareness I hope I can begin making some constructive changes to my plastic lifestyle.