I am enrolled on Coursera’s MOOC, Astronomy: Time and Space, which begins on 15th February. 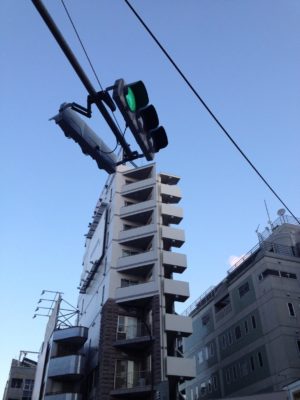 The instructor is Chris Impey from the University of Arizona. I’m really looking forward to it and have done some pre-reading on his Teach Astronomy website.

Chris has also released a novel called Shadow World that I bought a few weeks ago. It’s great to see a professional astronomer writing science fiction.

I also finished a Kindle review copy of Dr. John Yeoman’s historical mystery novel set in Elizabethan England, Dream of Darkness. I’ve written before about this author’s school for aspiring writers of fiction Writer’s Village Academy, of which I’m a member.

Dream of Darkness is worth a read not only because it is a cunning murder mystery but it’s also a fascinating insight into the storyteller&‘s craft. He’s billed it as the world’s first ever fictorial novel that teaches you, step-by-step, how to write your own effective novel.

Touching a footnote reference on the Kindle screen opens an explanatory box that explains the fiction style or technique being used. A fascinating insight into the application of many craft techniques discussed in the Writer’s Village program.

I also finished an early (1991) novel, Dreamside, by the late author Graham Joyce, who sadly passed away in 2014. I came across his blog posts about the love of writing and the preciousness of every living moment. I became interested in reading Dreamside because Graham also blogged about how he had developed as a writer since completing it, and I want to study how that process worked for him.

The novel is set around young people involved in lucid dreaming experiments. I sensed that it also explored some of Graham’s ideas about how fantasy and mysticism could be entwined with what we know as physical reality. It’s just a shame he’s not around to write more books.

Perhaps it was reading Dreamside that reminded me to continue practicing with the Open Focus method of awareness training I wrote about here.

The technique itself is fairly simple although there is more to it when the author applies it in a clinical setting.I bought a few of Dr. Les Fehmi’s recordings where he talks the listener through some open focus techniques. I sometimes do these while lying down at night if I can stay awake in the futon. The result can be a very relaxing experience.

But I also find Open Focus;* useful during the waking hours because you don’t have to listen to anything.

All you do is be briefly aware of the space surrounding you, or parts of you, or even within you! For example, the space between the fingers in your right hand.

I’m sitting here on a chair and my right hand’s resting on the seat of the chair. According to Dr. Fehmi’s research, if I just attempt to become even a wee bit more aware of the space between my right and left hands (for example), it seems to invoke a relaxation response in various brainwave pattens that he has apparently measured in the lab.

Gently focusing on the space between your fingers is one of the obvious and easiest ones to play with.

Space, the final frontier? Indeed, it may be.