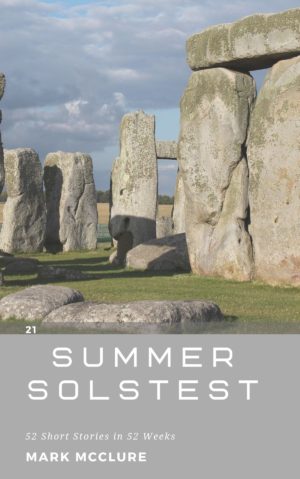 This story began with a writing prompt of summer solstice and then drew on a what if element to a story published in the New Scientist magazine titled Mice given ‘night vision’ by injecting nanoparticles into their eyes.

The story premise became how would a community of women who were genetically engineered to see better in the dark (i.e. underground) because of severe ozone layer depletion, deal with the annual summer solstice?

And that sun was already a pale shadow of its former self because of unspecified geoengineering experiments in the upper atmosphere.

While it’s not dystopian, there is clearly a strong current of nihilism in the tale. Men do not feature in their commune and in order for it to be a short story, I added a conflict situation whereby the annual solstest (I like puns!) ceremony selects one unfortunate women for exile.

I enjoyed writing this story and my own interest is piqued as to what will happen to these women, because civilized society has abandoned them and migrated northwards in response to climate disruption and extreme warming events.

This story appears in my Big Six short story collection.

(A summary listing of all short stories in this challenge can be found by clicking 52-in-52.)