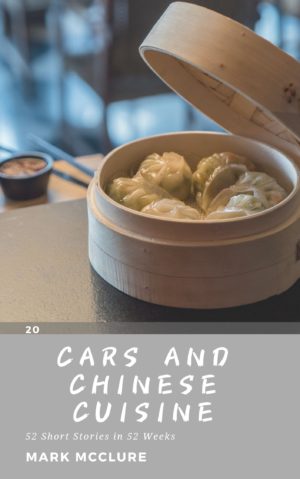 Travel can broaden the mind and this short story drew on some of my experiences in Hong Kong and mainland China over the years.

The original prompt was bad music in a restaurant but none of the above culinary adventures involved anything musical.

The only sounds I can recall in most eating establishments we frequented were those of people conversing while eating. Two hundred plus diners having a grand time eating delicious dim sum in a large ballroom-sized space would probably drown out even heavy metal.

The bad music angle enters the fray in the form of a juke box with issues.

The story also played off my functionally illiterate status in Hong Kong (not knowing Cantonese) by introducing a trilingual partner who put me to shame and saved the protagonist’s ass on several occasions.

Oh, and an autonomous car puts in an appearance. I’ve been reading more and more about this tech and that’s feeding the story muse, I guess. The car does play an important role in the story and I doubt it would be the same tale if told with a local driver and his trusty taxi. So, on that criteria, I’m classing it as a science fiction story although I’ve no idea how readers might see it.

This story appears in my Big Six short story collection.

A summary listing of all short stories in this challenge can be found by clicking 52-in-52.