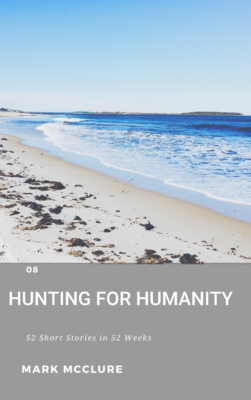 This story started life as an idea based on a recent news story of alleged gene-editing by a Chinese scientist on human embryos. I guess it falls into the genetic engineering niche.

Funny enough, even though I’ve been following online discussions and news about tools like CRISPR/Cas9, when it came to start my story I was stumped. The thing is, I paid too much attention to that logical, fact-checking aspect of my persona and less to the daemon/muse who just wanted to have fun with…

Well, the hardest thing for me about short stories to date has been to take my foot off the creative brake and just let the words flow. Yes, I do cycle back every 500 words or so to fix some poor word choices each session, and also read for story flow, but it can be a fine line between whether the maverick muse or the judging critic takes control.

(I prefer the muse but have been conditioned over many years to seek facts, prepared forecasts and glorify analysis haha. Bit of a problem for a writer of fiction aka a purveyor of lies, wouldn’t you say!)

This need to know what happens next is like the writer’s equivalent of bad cholesterol… it clogs up the creative arteries big time.

Case in point: I had NO idea in this story what would happen beyond the first paragraph.

Gene-editing was a means to an end, a tragic one as it turns out, but the reasons for betrayal and acquiescence, appeared without my conscious, deliberate planning. Although, it’s fair to say that cycling back each session does stimulate a fair number of what if questions in my mind.

I suppose the important thing is to focus less on outcomes and more on process i.e. on writing the next word, the next sentence, the next paragraph.

Overall, I am satisfied with how this story turned out. It’s a mash of far future dystopia on an Earth almost barren of humans and in which gene-edited humxns have returned in a semi-godlike capacity from some off-world existence to restore (or destroy?) what remains (the standard group beings who live on the island.)

But then what do I know? I just wrote the damned thing.

A summary listing of all short stories in this challenge can be found by clicking 52-in-52.)