The heat I referred to in the previous post has been and gone, helped on its way by a number of cold brews!  Now autumn’s here, the mosquitoes are disappearing, and Japan is in the middle of the quaintly named silver week holiday period. 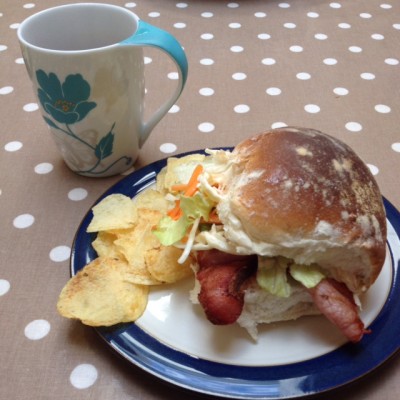 This break couldn’t have come at a better time for Japanese rugby fans after the national team’s sensational last minute win in their world cup opener against South Africa a few days ago.

Japan’s next game is against Scotland on Wednesday night (Japanese time). Could be a sleepy start to the working day on Thursday, even though professional rugby hasn’t had much attention from mass media because baseball, sumo and football are the golden trio.
(Although I do recall watching live games on the box between Japan’s top university teams.)

The story behind the brave blossoms (as they have been nicknamed) is one of hard work, persistence and self-belief.

But it goes much further than that.

Japan are regarded as minnows in the world rankings and many people (myself included) thought they would try hard but be steamrollered into submission by the superior Springboks team.

Except, that it didn’t go down like that. And legions of rugby pundits have been left wondering what script Japan were playing to.

The author, J.K. Rowling, nailed it when she tweeted:

You couldn’t write this.

The day before the game I watched a recording of the 2015 World Toastmasters champion, Mohammed Qahtani from Saudi Arabia. His speech was titled, The Power of Words, and is well worth viewing if you want not just a master class in public speaking but also a very personal message on the inherent ability of words to inspire, challenge and overcome our greatest fears and self-doubts.

I thought of that speech again the next morning when I discovered what Japan’s rugby team had achieved in the UK overnight. Mr. Qahtani’s words had the same effect on me that I get from watching Al Pacino’s famous team talk in the movie, Any Given Sunday:

That’s a team, gentlemen, and either, we heal, now, as a team, or we will die as individuals. That’s football guys, that’s all it is. Now, what are you gonna do?

Japan’s performance on the field in their contest against South Africa is a lesson that will reverberate not just in the sports world but in almost any endeavour that requires courage, self-belief and a willingness to fight for that inch.

Of course, it’s easy as a spectator to get carried away with the euphoria of a famous and unexpected victory, throw in some Hollywood-inspired sound bytes, and hey presto. Yes, real life is more complex and this is a rough, tough professional sports tournament. And the risks of serious injuries from hits involving bigger, faster and stronger athletes than ever before are ones that the sport cannot ignore at all levels of the game.

Watch the last fifteen minutes again and wonder, would you settle for a well-earned draw or choose to gamble on a glorious win or a courageous defeat?

I have never seen a more exciting and inspiring sporting event in my life.