He believed in ritual and routine.

The prompt came from a weekly Wednesday writing challenge set by Lauren Shannon, organizer of the Tokyo Writers’ Salon group. 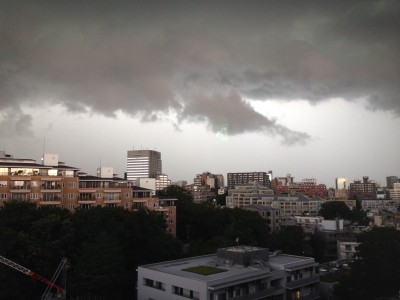 M is a character from my NaNoWriMo novel-in-progress-very-very-slowly lol!

Perhaps his discipline will get me in line to finish 50,000 words by 30 Nov. Not looking too hot at the moment.

He believed in ritual and routine. Why, his current position and every future advancement depended on strict adherence to this core belief. M had no doubt that nothing good came from tolerating unchecked freedom in a chaotic and troublesome world .

However, much to his disgust, a small nugget of doubt would sometimes take refuge in his thoughts and refuse to depart. Like a long forgotten song from the past resurrecting itself.

Just this morning he’d broken out in a cold sweat right in the middle of the weekly conference call on subversive terminations across Corp C’s controlled regions. Important law and order statistics became mixed up with the rantings of cerebral narcissists. Round and round his mental ticker tape circled: 2,348 rounded up and terminated; absolute power; 1,400 trapped in city L zone corrupts;1 km block elimination authority granted; absolutely.

Fortunately, the inner turmoil was short-lived. Don’t worry, mes petits philosophers, I’ll take my time. M smiled at the innocent vulgarity of this delightful put down and dressed for dinner.

Sixty one minutes later he checked in his locational and biological marker IDs at the ambassador’s residence and took his place at the head of the table.

All was in order.

Dinner was a mere formality, an annoyance to dessert that was waiting, all hot and sumptuous, in the lithe form of the ambassador’s consort. He’d arranged for the old goat to be tied up for hours resolving multiple diplomatic and legal hurdles to an agreement he’d already brokered weeks earlier. Getting screwed over was all part of the fun. A thought that excited him no end.

“Bon appetit, my dear Ambassador. My aides will answer whatever questions you may have this evening. Alas, I cannot stay for long. An important cultural exchange awaits me.”

M smiled politely and then emptied his glass in one long satisfying gulp.