I’m an old girl who was born and raised in England but has lived in the USA for about 300 years.

And with that in her about me I was hooked on reading Indie’s blog, Is That All There Is? Indi Brummie Blog - Terminal Prostate Cancer 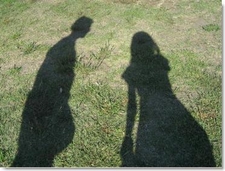 I don’t remember how I came across her writing but I was soon thinking of Dan Fogelberg’s passing a few years ago also from prostate cancer at age 56.

Indi’s husband has been diagnosed with terminal prostate cancer and her blog is his story. (Well, actually she;s telling two stories since their lives are bound together as flower is to stem; seems Indi loves taking photos of flowers and she&‘s also had a few health issues of her own to deal with.)

I’ve a soft spot for Brummies (folks from Birmingham, England) because of their tongue-in-cheek wit and humour. They could almost be Irish 😉

Oh, and a Brummie hired me back in Autumn 1999 when I was thinking of hoofing it back to the UK after being rightsized and benched for a few months.

Dip into her blog and you’ll learn more about life, love, catheters and pathos than you ever thought possible. You may even sense from the ebb and flow of her daily struggles and small pleasures how heartbreaking it must be to watch such a big mountain of a man go through this physical decline. He’s as sharp as a tac though and an engineering ace.

I love the Sopwith Camel Biplane photos and the fact that he finally finished it sans decapitation lol!

For some reason the Long Ago home page photo of Indi with His Lordship (her words!) reminds me of Grizzly Adams; a wonderful TV series I grew up with a child and still have much affection for.

I’d like to leave you with two shooting stars of appreciation I have for Indi’s blog writing, and a quote of my own inspired from her story so far.

What is sleep but little slices of death.

Indi’s favourite quotation (see her home page).
Time is nature’s way of making sure that everything doesn’t happen at once. Author unknown

There’s no shadow without light.