Iceland: Answers From A Foreign IT Director 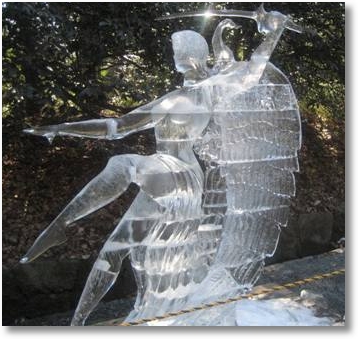 Even though Iceland’s economy is in dire straits and the outlook remains uncertain, CCP games is one company that continues to do well.

Jon moved to Reykjavik from Tokyo in September, 2007. (He and I were IT colleagues in Japan.)

I emailed Jon some questions about life and work in Iceland a few weeks ago, and here’s what he had to say:

Q1 Jon, tell us a little of your background in IT and what brought you to move from Japan to Reykjavik, Iceland.

I have been involved in the IT industry since 1988, starting out as a mainframe operator and moving my way up throughout the IT Field. Moving to Iceland was not really too difficult of a decision as the position and the industry was well suited for me. I believe that one must enjoy the work they do and really believe in the product or service that their firm produces to truly give their best.

Q2 What have been the biggest challenges as an IT Director since the Icelandic banking problems became major news?

There are really two major challenges with the fall of the Icelandic banking system. First, we have many employees, both Icelandic and Expats, that have a lot of hardships with finances and having to suddenly make sometimes very hard decisions that may affect them the rest of their life.

Secondly, the Icelandic economic problems have not been really noticed by us as a gaming company as we are constantly growing and improving the systems with the latest hardware.

What has made the problem stand out is that funds are very difficult to get out of Iceland and we have had to get very creative with our vendors to get any equipment at all.

Q3 What’s a typical business day for you look like?

My typical day involves coming into the office and and checking the run of the game cluster over the night.

Then usually the bulk of the day involves meeting after meeting to talk about the current and future development cycles for the company and evaluating how we can and should grow to meet those needs. This can be very interesting, especially working in a company that adheres to agile development practices.

I am in charge of the Global Infrastructure teams as well, and thus much of the day is spent working with the team on the current infrastructure performance and the projects in progress and in the queue.

Other than that, just the typical jobs such as vendor relationships, contract negotiations, budgeting, staff management and much more.

In many firms in Iceland, I would say that the morale is not too good. At CCP, I am seeing that the morale is still quite high as the company is very stable and from the fact that we are not reliant on the Icelandic krona, but from subscriptions from overseas.

Q5 Is Reykjavik’s famed night life fizzling out or still very much alive?

I think that nothing can bring down the Reykjavik Nightlife. It is great for forgetting about the problems of the day and also foreigners are loving the exchange rate. ;-D

Q6 What are your top 3 likes about living and working in Iceland (so far)?

Living and working in Iceland is a complete 180 from working in Tokyo. The work days are normal and people are definitely less stressed from the job itself.

Iceland is also very beautiful with clean air and ultra clean water straight from the tap. The pace is also very much slower in Iceland than almost anywhere I have lived prior.

Q7 Are foreign (IT) staff leaving Iceland or sticking around?

This is very dependent on the (working) sector you are talking about. Many people from Eastern Europe were coming to Iceland to work, as the money and exchange rates for the Krona made it very much worth it.

After the fall of the economy, many have returned home as they could make much better money in their home countries. But, this is more focused on the less skilled positions than on the professional world.

In CCP, we hire mostly high sought after employees (world-class artists, designers, and game industry leaders) and those are always in demand. Some people have had to leave due to not being able to afford to work here, but I would say that that is a minority though.

Thanks very much for your time, Jon!