How To Stop Your Life From Leeching Away

Yikes! What a gooey title but here I am back bashing the typewriter keys thanks to this electronic marvel, Q10. 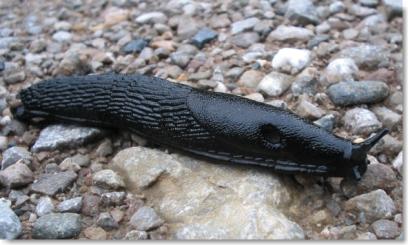 Yes, folks, it’s personal productivity again; or rather, the lack of it, that is the subject of this week’s post.

Now before you get all hot and bothered over another *you can have everything you want if you only damn well work hard enough, err, it’s not. (I don’t believe that’s true, let alone possible. The subject for another post.)

I’m all in favor of optimal performance (aka getting the best from yourself) but there is a time and a place, or to put it more poetically, a rhythm for each season.

My experience has been that maximum performance (in any area) can only be maintained for a relatively short time without rest and recreation. All work and no play makes Jack/Jill very, very dull indeed etc.

So, if you’re invested in making a career transition (today’s fancy word for change) but are already maxed out on a busy schedule, week-after-week, then something’s probably gotta give before real progress is seen.

It need not be a burning of the boats”*, in the style of Alexandra The Great’s military exploits; because you can make a lot of headway simply by first identifying and then removing the *time vampires* in your life. Those people, situations and environments that are no longer serving you and the greater good.

And this is not meant (honestly!) to sound like another soft advert for coaching but nonetheless a very immediate benefit of using a coach as a sounding board is to identify all these ;leeching energies currently active in your life/career before deciding whether to squash, modify or continue with them.

In my (self-coaching) case, after starting to use Q10 I noted an immediate boost in writing productivity (less distractions) but once finished, I slid into another time leech. My dear old FireFox browser, in which I’ve about ten windows open at once for diverse tasks from web site stats to the price of gold.

And, though it pains me to admit it, I often found myself unconsciously between windows in the middle of important tasks like writing a sales letter or a coaching proposal.
It’s really annoying and completely my own fault; willpower just wasn’t cutting it.

So, I was overjoyed to find a FireFox plugin called Leechblock which is something like a electronic repellent for distracting websites.

Just add the website addresses and a time window (9am-9pm in my case), and those dazzling critters are of all sudden holed up in cyberspace where I can’t get at them.

Of course, I can open the program and unblock ‘em but the hassle of doing so and then re-adding them again (I feel guilty!) becomes tiresome.

And so gradually, day by day (this is day 6) my naughty surfing habits are in abeyance during the working day.
As a reward, I do surf before 9am and after 9pm. Actually, this is when I do much of my social networking on sites like twitter.

With a little imagination, I believe similar strategies can be equally effective in other areas of life, leading to long term behavioral change (I know this from my sports coaching and training habits).

And just think of the time you could recover; time in which your life and loves might flower again without any major career upheavals ever being required.

I’ll leave you with this weekend coaching challenges: