GTD, Taskpaper and Outlining for Writers

One taunt often levelled at (personal) productivity p0rn enthusiasts is that they’re too busy tinkering with systems to actually get stuff done. 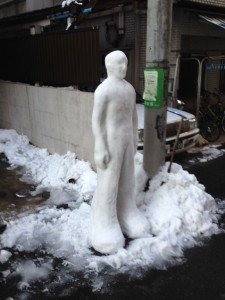 And of course, as each generation rediscovers some ‘need’ to manage minutes that will not be tamed, makers of time management systems rejoice the world over.

I’ll confess here and now that I’ve been through a fair number of ‘packages’ since getting the ‘bug’ about 30 years ago. And like most drugs of choice, one fix is never enough. There’s always something new to try.

However, here I am in 2013 about to ditch most of this complexity in exchange for simplicity and, I suppose, a dose of minimalism too.

Last year I wrote with some enthusiasm of my attempts to take what works for me from ‘GTD’, and use the latest tools of the trade as the connectivity glue.

Well, things certainly did stick but not in a helpful way. I had recurrent problems in getting Evernote to sync reliably across multiple platforms. So much so, that I began to doubt the integrity of my data. Was it there or not?

I also became concerned at my ability to backup and migrate the data and its structures from within Evernote, should the company one day fold, get hacked or start playing hard ball.

Over the Xmas break I came across the minimalist app, Taskpaper, from those aptly-named folks at ‘Hog Bay Software’.

Memories of the ‘Dukes of Hazzard’ floated by when I first saw this name. Now, if only Daisy was doing tech support.

So far, I’m finding that TaskPaper’s text editor simplicity is the key to creating and managing lists. And with DropBox syncing between iPhone and Mac desktop versions, I’ve discovered a task management process that has me more in control of the process and less concerned with underlying mechanisms.

Another cool thing is that since the files are text-based, I’m not at the mercy of proprietary data architectures should a particular software app go AWOL. These are, after all, just text files.

And So To Outlining For Writers

If you’re a writer of fiction, with an interest in outlining, then please read on.

Somehow I bumped into this post from author, Elizabeth Shack, Using Taskpaper as an Outliner.

I’m into outlining for writing both non-fiction and science fiction but ;minimalist mark is balking at having to get to grips with yet another package to learn e.g. Scrivener or equivalent.

Imagine my delight(!) therefore, when Elizabeth described how to outline using Taskpaper.